Prague: The most beautiful city

Enjoy one of the most beautiful cities in Europe, its townscape of burger houses, palaces and towers.

Find all Garzotto Hotels in the map, and see the most attractive interest points in the zone.

Prague is one of the most beautiful cities in Europe in terms of its setting - on both banks of the Vltava River- its townscape of burger houses, palaces and towers.

Prague has preserved the structure of its development until the present times. Within the core of Prague, successive stages of growth and changes have respected the original grand-scale urban structure of the Early Middle Ages. This structure was essentially and greatly enlarged with urban activities in the High Gothic period with more additions during the High Baroque period and in the 19th century.

Prague has been saved from any large-scale urban renewal or massive demolitions and thus preserves its overall configuration, pattern and composition.

Built between the 11th and 18th centuries, the Old Town, the Lesser Town and the New Town are the expressions of the great architectural and cultural influence enjoyed by this city since the Middle Ages.

The Historical Centre represents a supreme manifestation of Medieval urbanism. The Prague architectural works of the Gothic Period (14th and 15th centuries), of the High Baroque of the 1st half of the 18th century and of the rising modernism after the year 1900 influenced the development of Central Europe, perhaps even all European architecture.

Prague represents one of the most prominent world centres of creative life in the field of urbanism and architecture across generations, human mentality and beliefs.

In the course of the 1100 years of its existence, Prague’s development can be documented in the architectural expression of many historical periods and their styles. The city is rich in outstanding monuments from all periods of its history. 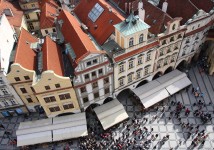 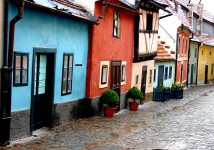